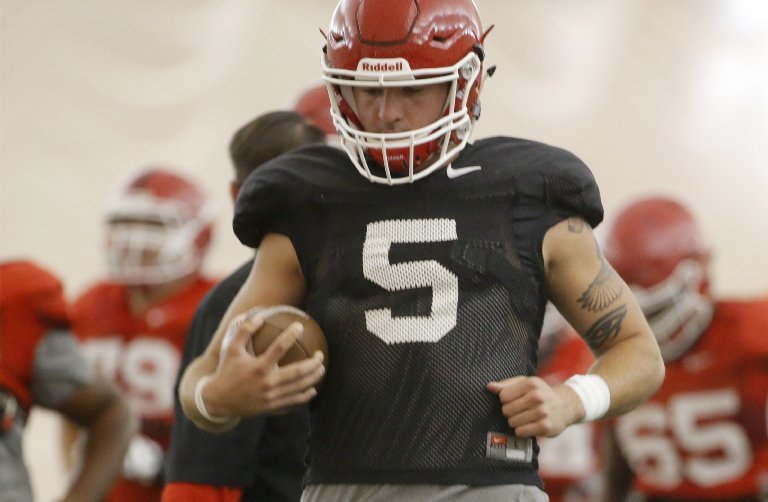 Between the NLL expansion and the MLL handing out player data like candy, pro lacrosse has dominated the headlines of our sport for the past couple of days. But the big news in the college game comes to us from, of all places, the San Diego Union-Tribune.

Quarterback Chris Laviano, who was expected to compete for the starting quarterback position, has left San Diego State to pursue college lacrosse.

As a high school lacrosse player, Laviano was an integral part of the offense for Holy Trinity in New York’s competitive CHSAA. He initially went to Rutgers for football, where started 18 games in the 2015 and 2016 seasons before transferring to SDSU to pursue a Master’s Degree with his final year of eligibility. Here’s the statement that SDSU head football coach Rocky Long gave the Union-Tribune:

“He came to me and said he wanted his release so he could transfer someplace to play lacrosse,” Long said. “I guess he was a good lacrosse player in high school. His lacrosse coach told him he can get him a full ride Division II scholarship tomorrow from five or six places close to home. He might even be able to get him a Division I scholarship.”

Laviano’s still leaving us in suspense about where he’ll go. The fact that “close to home” means near Long Island still leaves a bunch of possibilities. New York itself has 11 D-II lacrosse schools, more than any other state. Four of those are on LI.

The possibility of D-I is also intriguing. It’s important to note that Chris’ little brother Michael is a junior attackman for BU.

Wherever he ends up, this is a big win for the sport of lacrosse. Chris had planned to pursue a Master’s in Homeland Security at SDSU, which he told the Union-Tribune was just an excuse to play football. He had slipped in the depth chart and said he felt he’d been “played” by the system. The fact that he saw lacrosse as a viable alternative that would be more fun than being a quarterback at a prominent football school shows just how this game can stick with you.

And this is fun: look how salty Coach Rocky Long (unreal football name) was:

“He’s kind of an expert on transferring… I used to get upset with players when they would quit or decide to leave,” Long said. “I don’t anymore. It’s really common now. A lot more common than it was 20 years ago. I must be getting old because the reasons they give you are ridiculous.”

Uhh yeah sounds like it still upsets you Rocky. But news flash for San Diego: you’ve got pro lacrosse now and Cali kids are signing up for lacrosse in bigger numbers each year. If you don’t think lacrosse is here to stay on the west coast, then Ron Burgundy and I have this to say to you:

The PLL had no problem pumping out all the content around Gaudet chirping Blaze on live TV...
long live the Easton Raptor
@friday.beers was his buddy Austin Staats??
All aboard the Ian MacKay LSM train 🚂 🥍
Appreciation post for the @pllchrome’s icy chrome bucket 🧊
so would he have put “Drafted” at the top of his stick if he was picked in the entry draft??