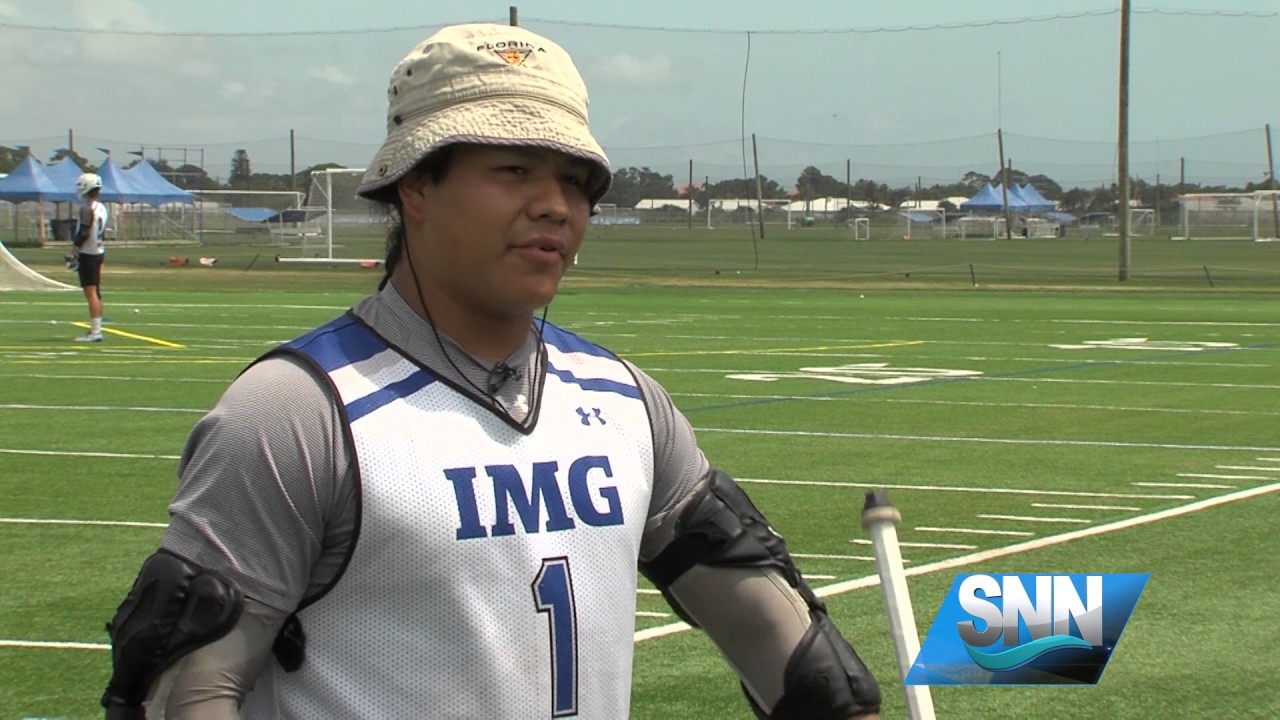 This weekend, we got our first glimpse of Tehoka Nanticoke in an Albany uniform and it was everything we could have hoped for. He and his Albany mates made the trip over to Syracuse to fill in for the mumps-ridden Orangemen in their scheduled Carrier Dome scrimmages against the Iroquois and Israeli national teams.

The crazy part? When the Great Danes finished playing, Nanticoke switched over and played for the Iroquois Nationals against Team Israel. Then he dropped a casual hat trick.

If you live under a rock and you aren’t familiar with Tehoka Nanticoke, here’s his background. He comes to Albany as a freshman this year from IMG Academy, and before that, from the Six Nations Reservation, where he had a stick in his hand at age three. He is regarded as the best thing since sliced bread (shoutout Quint) and is likely to be the face of college lacrosse for the next four years.

Also awesome: he wears his box helmet in the field game because, according to IL’s Lacrosse Film Room, his head is too big for Cascades. Every one of us at some point has had to suit up against some guy in a box helmet who looks dusty and out of shape but just tools on everybody. I’m overjoyed that we get to watch one of these guys at the highest level of the NCAA.

Here’s his best from this weekend’s action:

And some “vintage” highlights: