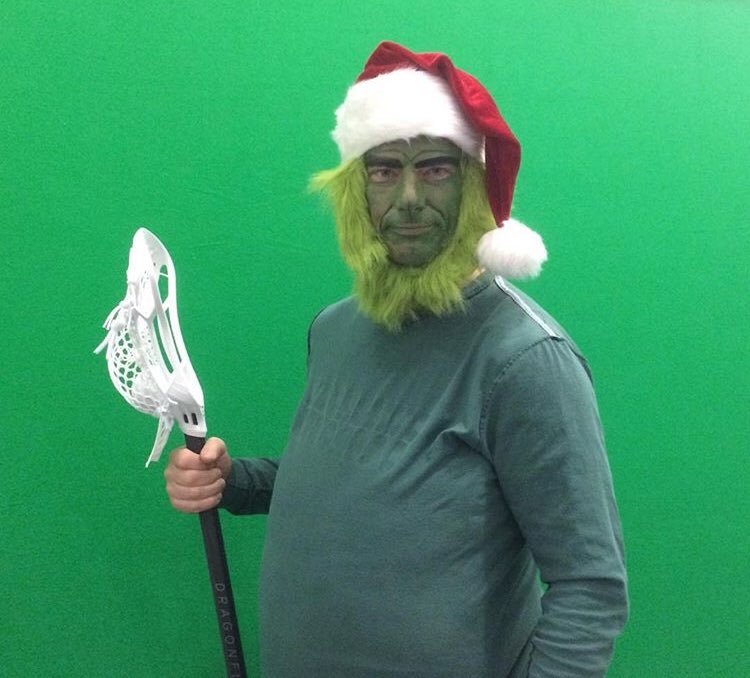 It’s no secret that Quint Kessenich, the former Johns Hopkins All-American and the foremost commentator in lacrosse has had haters within the community. Some of the beef is well-founded. He works out in volt yellow gear. He takes himself too seriously. Every time a college kid makes a play, he tells you how he first saw him play as a sixth-grader.

But it’s almost 2018 and we are proud to introduce the new Quint. He stood on college football sidelines all fall comparing teams to food. Now, he’s gone full Jim Carrey to get us in the holiday spirit. His humor is goofily self-aware. He’s self-deprecating enough to disarm the haters. He’s embracing the role of lacrosse’s awkward uncle and if you can hate on that, you might be the real Grinch.

0 comments on “Quint Kessenich dresses up as the Grinch”