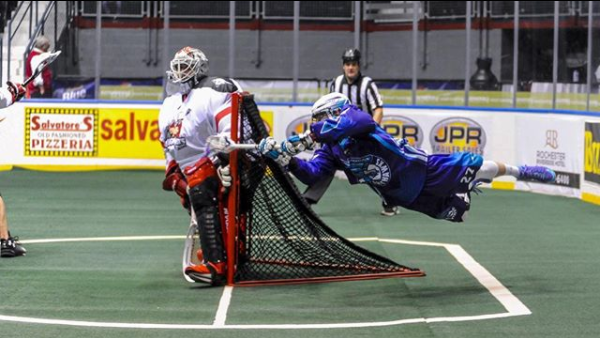 Last college lacrosse season, we saw a thrilling semifinal between Maryland and Denver, in which both teams had would-be pivotal goals waved off for landing in the crease after the shot. While potentially dangerous, crease diving makes for some electrifying highlights. If you’ve been jonesing to see some, you’re in luck because the NLL is back and it’s totally legal.

We had big dawg Dan Dawson.

Travis Cornwall, who is so fast he makes fast people look… not fast.

And then this one which isn’t a crease dive but is just filthy.

The NLL season is barely over a week young and already we’ve gotten some awesome highlights. Keep killing it fellas!