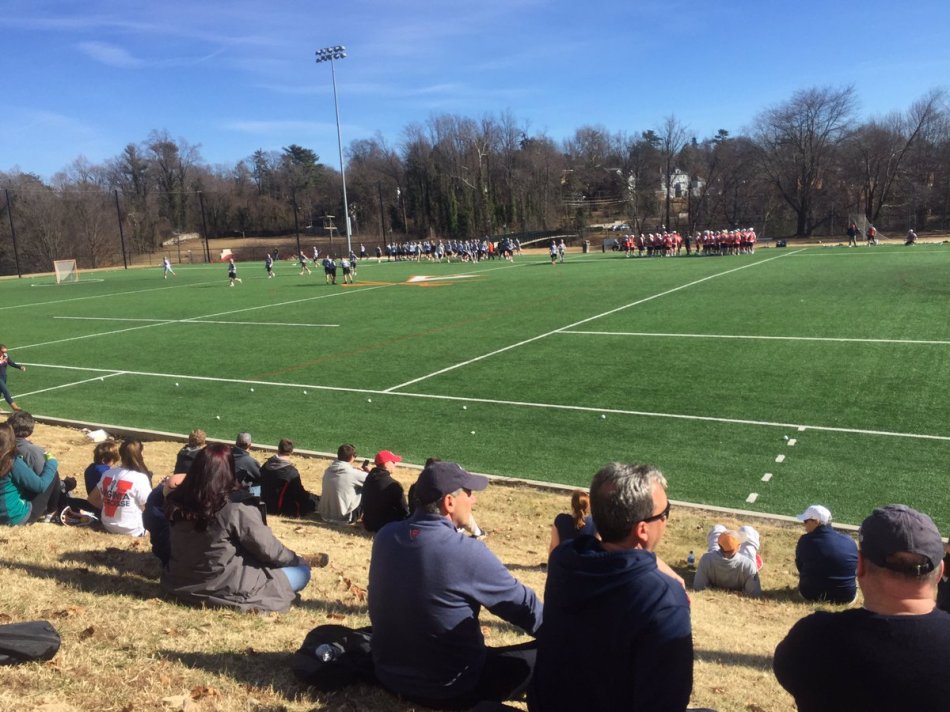 On Saturday, as our Snapchat followers saw, the Bucknell Bison travelled down to Charlottesville to take on UVA in a preseason scrimmage. Let us not forget that in 2011, before Steele Stanwick and Matt Bocklet hoisted the championship trophy for the Wahoos, they had to overcome a four-goal deficit in the first round to beat the Bison in OT. This time, UVA won handily after a close first half, which featured both teams’ first units. Here are three takeaways for each team in their first preseason tilt.

1. They hung with an ACC team

UVA lit up the scoreboard in the final three frames of the five-period scrimmage, simply because they’re deeper as a program. But it was close after two, with Bucknell’s ones going against the Hoos’ big-name guys. With only a week of practice under their belts before going up against Michael Kraus and Dox Aitken, the Bison kept it tight. That’s a good moral victory.

2. Jarrett Witzal is one of the game’s premiere faceoff specialists

No official stat line but Witz held his own at the faceoff X. This will be the junior’s third year starting for the herd and he looks poised to have another strong year. He even went right down Emmet Street and put one in the net off of a clean win. Patriot League F/O guys be advised.

3. Will Sands is set for a monster year

Bucknell returns a lot on offense this year and their pass-first leading scorer looks poised to reap the benefits. Sands can whip a pass on the crease in the blink of an eye and with finishers like Connor O’Hara and Sean O’Brien working off-ball, we can expect another 40+ assist season from #22.

1. Michael Kraus is a grown man

It’s been a while since we’ve seen a skill set quite like this kid’s. As a freshman, he led the Cavaliers in scoring and won ACC ROY. He combines a quick first step with a Matt Rambo-like willingness to throw his weight around. His physicality is something you don’t quite appreciate until you see him play up close. He’s going to draw a lot of attention from opposing defenses this year.

2. Their ride is formidable

There’s no quit in these kids from Mr. Jefferson’s University. They crank up the pressure on the clearing team, smartly leaving only the most difficult pass open. They forced a bunch of turnovers against the Bison, but we’ll have to see if they can keep it up against teams that have all season to scheme against them.

3. They’ll capitalize on your mistakes

No matter the sport, making your opponents pay is the sign of a well-coached team. UVA scored at least half of their goals on man-up or off of chaos they caused in the ride and offensive ground balls. They play the kind of smart, heads-up ball that it’s going to take to break their ACC drought this spring.

and the 2012 MIAA winners got a polo from Southern Tide
𝟯, 𝟮, 𝟭, 𝗟𝗜𝗙𝗧𝗢𝗙𝗙!
but fr, would anyone cop??
BIG GOAL JOE X2! Robertson scores the OT winner again for Duke in his homecoming to Charlottesville
It wouldn’t be Thursday Night Lacrosse without #LaxBingo! UVA & Duke square off in what should be another ACC thriller!
#FreeMarist - It’s beyond time to let them play. Hope to see the Foxes back on the field asap