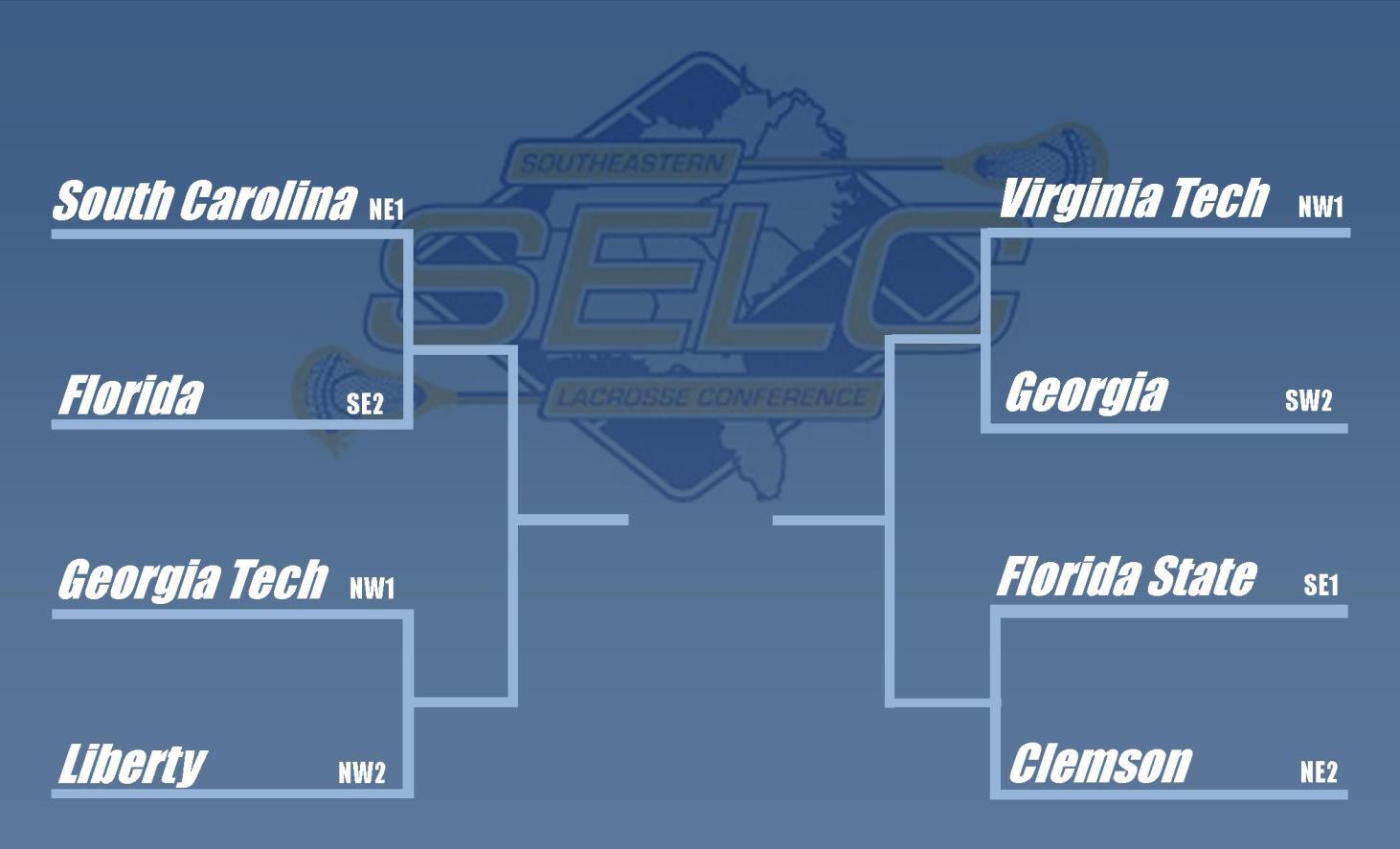 It’s conference championship season in the MCLA. While there are a lot of great tournaments across the country full of teams making the final push for Salt Lake City, we’re here to examine the greatest of them all: the Southeastern Lacrosse Conference. This conference spans nine states and the nation’s capital. It has given the lacrosse world so much: the club lax Twitter movement, MCLA President Ken Lovic, a common enemy in Liberty, and of course, this blog.

Each spring the best two teams of the conference’s four divisions collide in the Atlanta area for some absolutely thrilling lacrosse. And with all 8 of this year’s D-I tournament teams ranked in the top 20 nationally, this year is shaping up to be another classic.

The Gamecocks have been unstoppable this year. Coach Harkey has built an absolute machine down in Columbia and they are having their best year of his tenure. Our pals from Gainesville have their work cut out for them in a rematch of a February home game they lost 15-4. South Carolina may have a bit of a mental hurdle, given their inability to advance out of round one in the past, but this team is built for a run, not just in SELC’s but in the national tournament.

VaTech put a tough loss to USC in the rearview and cruised to an 11-6 victory over Liberty to claim the Northwest title. This team is battle-tested and eager to play in some warm weather. Georgia hung around against a strong Georgia Tech team in their regular season finale. This game represents the ultimate test for the Dawgs to see if they can get over the hump and beat an elite team.

Anything could happen in this one. Florida State looked like they were on their typical trajectory of a strong start and a late-season collapse when they fired their coach with four games left in the regular season. But they turned around and won out, including a win over a strong Florida team to claim the Southeast title. Clemson was rolling and talking some solid trash heading into their huge season finale at USC but ultimately ran into a brick wall in Columbia, losing 15-9. Your guess is as good as mine for this one, folks. Should be a dandy under the lights at beautiful Alpharetta High.

This matchup is a wet dream for our buddy Virtually Varsity. Two of the SELC’s storied squads will throw down at Mount Pisgah in a heavyweight matchup. My prediction: Tech outlasts the Flames and we get to hear them complain about drawing such a tough matchup in the first round all offseason. I can’t wait.

Semifinal action will continue Saturday at 5 and 7:30, followed by the championship game at 3 on Sunday. Follow us on Twitter @quickstickblog and be on the lookout for links to streams. If you’re in the area, show out and take in some great lacrosse, followed by some delicious SELC Tournament sauce (yes, literally, this tournament has it’s own signature hot sauce and it’s delicious).

And while undefeated #3 South Carolina is the clear favorite, our girl Ellie said it best: anything could happen.