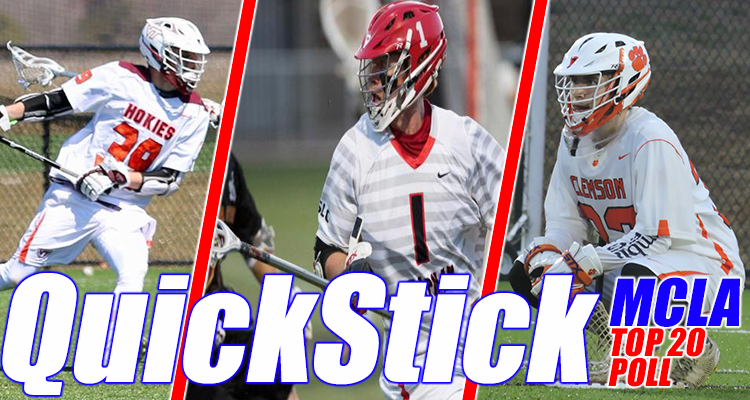 So this whole fashionably late thing is becoming a trend. It’s ok though, that’s why we played club lacrosse.

Also, gotta shout out our loyal Twitter followers who have waited anxiously for this week’s poll. Side hustles are tough to manage, but the best part is about this poll, it’s reactionary to the “official” MCLA Under Armour poll.

Last week was arguably the wildest week of the MCLA season. You had the SELC Tournament featuring 8, wait let me repeat that 8, ranked teams. You also had Top 10 matchups across the country, most notably what happened out in the Rocky Mountains.

Several tickets to Salt Lake City have been punched and many more conference winners will lock down their AQ’s by mid-day Sunday. The rest, well they’ll have to wait. Congrats to Texas A&M, you’re not ranked, but you’ll be at nationals.

If only the MCLA had a selection show with team reaction cameras. I couldn’t imagine what it be like to see a bunch of club kids at an off-campus pseudo fraternity house having a watch party. Win or lose, we booze, amirite?