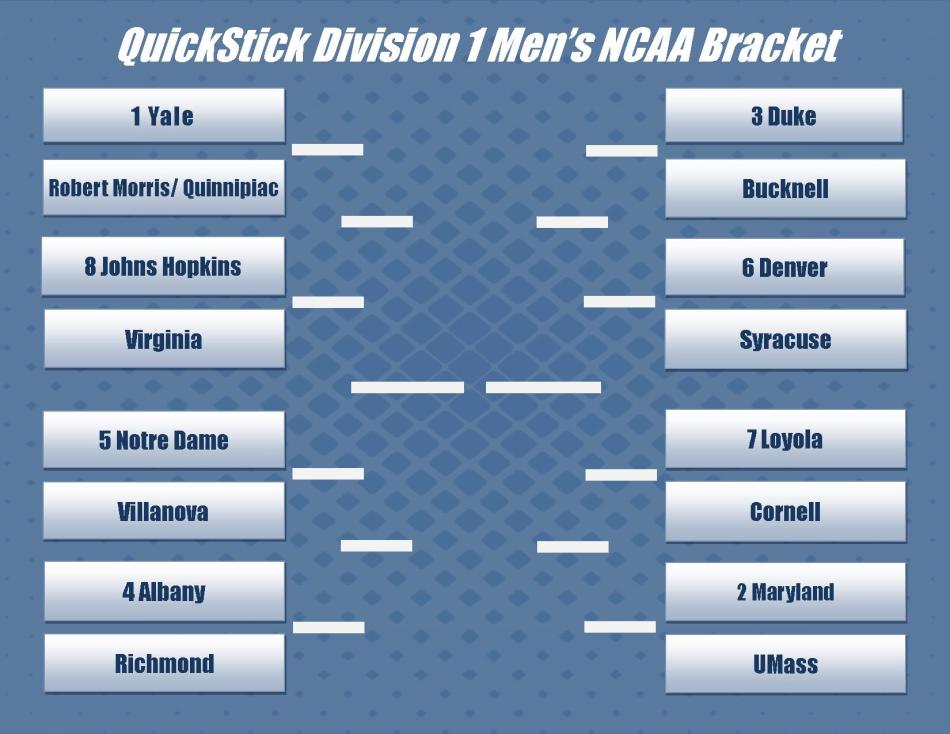 WELCOME to the internet’s no. 1 anti-RPI, anti-Penn Quakers bracketology column.

With a weekend of conference tournaments looming, everything seems up for grabs. Loyola have punched their tickets and the rest of the Patriot are on the outside looking in. Notre Dame solidified a spot on the right side of the bubble by taking home the ACC title. Duke and Virginia are safe and Syracuse is waiting nervously.

Other than that, all eyes are on the B1G, Big East and Ivy tournaments. Each have an AQ and in all likelihood, at least one additional at-large bid. They also have high potential for upsets, which would create chaos. Bubble teams will hope for chalk across the board.

So let’s look at the AQ picture.

Rutgers and Ohio State are a couple of strong B1G squads on the bubble who need a run to secure a spot. But they face tough first-round matchups against Maryland and Hopkins, respectively. Anything could happen in this conference, as we’ve seen in recent weeks. Ohio State is on a roll, taking down Maryland and Rutgers in recent weeks. But I see Hopkins bringing them to a screeching hault. They found the blueprint to beating OSU’s stout defense in their April tilt, dicing them up with strong ball movement. I see a Hop-Maryland championship that leaves Ohio State and Rutgers nervously awaiting Selection Sunday.

In the Big East, it’s hard to see anyone beating Denver. What will be very intriguing is the first round Villanova-Georgetown matchup. The entire lacrosse world is ready to hand Villanova an at-large bid and count out Georgetown after Dan Bucaro’s injury. In the two games since losing Bucaro, the Hoyas have shown depth and had no trouble scoring. ‘Nova’s last three? Loss to a full strength Georgetown and one-goal wins over St. Johns and Providence. Yuck. I think Georgetown could take this one. Either way, Denver takes the title and the precious AQ.

I believe in Cornell in the Ivy. Expect them to roll Brown round one, setting up a title matchup against Yale (Penn? Get real). I think Cornell is safe for an at-large if they make the title game. The result will only determine seeding.

Expect chalk in the CAA, MAAC, SoCon and America East. It’s hard to see Albany, UMass, Quinnipiac or Richmond getting caught. Albany should run away with their conference title. Vermont was the next-best team this year but Albany dispatched them 21-5 in March.

In the NEC, I like Robert Morris. It’s a shame the tournament is only 16 teams because it’d be great to see both St. Joe’s and Bobby Mo in there. But I like the Colonials to avenge last week’s loss to the Hawks and take the AQ.

That leaves the at-large pool. Here are our rankings of a chaotically strong field, assuming the rock-solid picks above hold up.

So here’s the bracket: