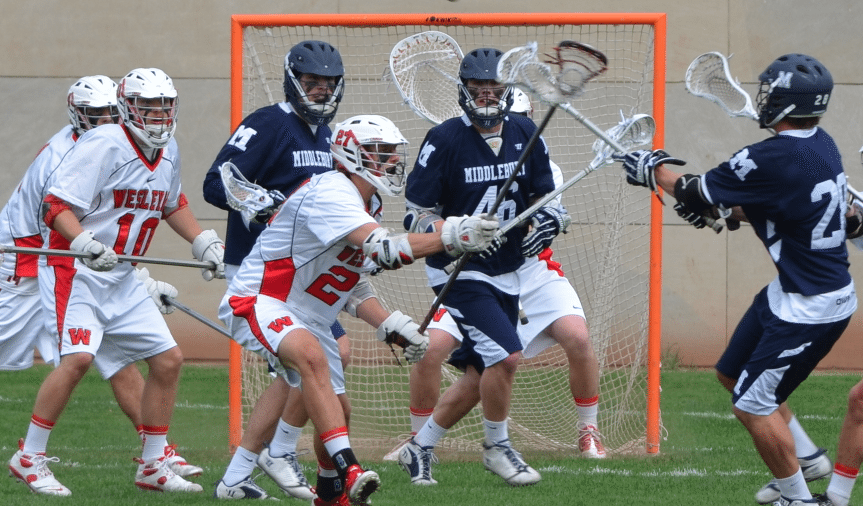 The lacrosse world is waiting with bated breath as the NCAA Rules Committee gears up for its meeting next week, where members will deliberate over several proposed rule changes. The idea sparking up the most conversation is the implementation of a shot clock.

How exactly the committee will implement it remains to be seen, but at this point it seems inevitable. The NCAA experimented with shot clocks in Fall Ball last year to lukewarm success but it looks like this is the year they’ll go for it. Dating back to the 2010 changes in stick specs, the NCAA has been chasing this romanticized idea of returning to the game of old, which featured fast ball movement instead of the dodge-heavy, individualized offense we see today. The belief is that a faster game will generate a better fan experience.

But is the shot clock the answer? IL’s Terry Foy collected opinions from some prominent college coaches in a great piece the other day. One common concern about the shot clock is that it will force coaches to relinquish some control over the game, leaving the offense up to the creativity of the players.

If there’s anything you can count on from coaches, it’s that they will find a way to regain control. The way to do this is to implement a zone defense to run the shot clock down for opponents. Attacking a zone requires a methodical approach, with lots of off-ball motion and precise passing. With a limit on possession time, you can expect to see teams sit back in a zone and make the offense waste away the shot clock waiting for the right looks.

Watching an offense attack the zone might be exciting for X’s and O’s junkies but for the casual fan, it’s no fun. 90 seconds of moving it around and forcing the ball on the crease isn’t going to put asses in the seats.

While the shot clock encourages transition, it doesn’t eliminate the 6-on-6 game. And while transition play might increase, there’s a good chance that the settled half-field game will suffer as a result. Nothing is inevitable but this is a scary downside that we can only hope the Rules Committee will consider.