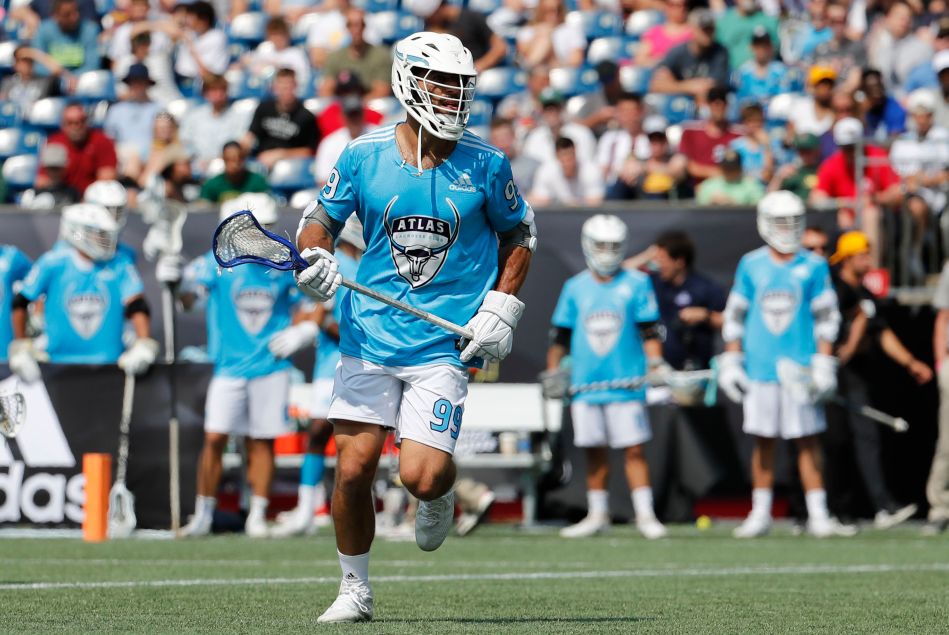 The Premier Lacrosse League (PLL) has had a hot start to its inaugural season. There have been highlight-reel type plays, fights breaking out, and tremendous in-game player access. The only thing the league has been missing? A controversy off of the field.

It seems that the PLL’s co-founder, Paul Rabil, has now given it one. A longtime athlete of New Balance, Rabil ruffled some feathers among New Balance brass when his league made Adidas its official uniform/clothing supplier. Among those who had their feathers ruffled was New Balance Founder, Jim Davis.

It’s no secret that Davis has both a financial and personal stake in the PLL’s competing league, Major League Lacrosse (MLL). New Balance is the official uniform provider for the MLL, and, at one point, Davis owned four of the league’s franchises. Now, Davis is going on the offensive against one of his brand’s biggest names.

“’It was a strategic way to breach Paul’s contract,’ said Michael Rabil (Paul’s brother and PLL co-founder). ‘There are other brands that would celebrate their athlete’s ability to build an entire league while still playing. We’re disappointed they took this route.’” (Bloomberg)

Jim Davis is the Petty King! Now, this is where it gets more interesting. New Balance’s reason for terminating the contract is laugh-out-loud funny.

“The termination letter, is signed by Warrior Sports Vice President John Withee. It highlights two instances in which the company said Rabil violated terms of the deal signed in 2017: On June 7 he sported an Adidas practice jersey (and posted it on social media) and on June 9 he wore an Adidas jersey and socks during a PLL game.” (Bloomberg)

Those pesky socks! Again, Adidas is the official apparel partner of the PLL. Meaning, Rabil, as a player, has no choice but to rock the mandated Adidas uniforms and practice jerseys. He had been wearing New Balance cleats and using Warrior equipment, but it looks like that wasn’t enough for Davis and co.

The article does a good job of citing other professional athletes who have sponsorship deals outside of their league’s official apparel providers. For example, Tom Brady is an Under Armour athlete who regularly sports a Nike game and practice uniform. He also posts it on social media:

I’m seeing a swoosh or two in that picture, yet Under Armour doesn’t seem to mind. Or, how about last year’s #1 overall NBA draft pick, Deandre Ayton, a Puma athlete:

Again, that’s a big ‘ole Nike swoosh displayed proudly. I haven’t seen Puma drop Ayton in the three months since that’s been posted. Have you?

I could go on forever with these examples, but the point remains: New Balance dropping one of lacrosse’s biggest names because he “wore an Adidas uniform and posted in on social media” is a complete double standard. New Balance’s biggest client, Kawhi Leonard, regularly rocks a Nike uniform in every basketball game he plays, but that doesn’t seem to pose an issue with Jim Davis.

If you want to drop Rabil because he started a league to compete with yours (after first offering to purchase your league outright) that’s fine. Do what you want. Just don’t have your reason be something every other high-profile athlete in all of sports does on a regular basis.

This is yet another example of the PLL shaking the MLL to its core and triggering a chain reaction among the league owners and their partners. It’s well known that two professional lacrosse leagues cannot coexist and survive long-term. It’s also pretty clear which league is currently the front-runner to live a long and prosperous life. Hint: it’s not the one that consistently undercuts its players for league owners’ and shareholders’ personal gains.